Everything you need to know about worms in dogs 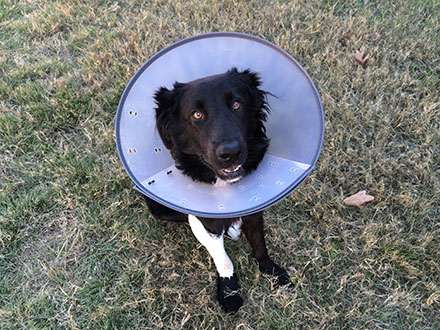 Worms in dogs are a common problem. Although it sounds unpleasant, every dog can have them. These intestinal worms impact the animal’s internal organs, predisposing the dog to possible health complications like lethargy, internal organ damage, and other illnesses.

But don't worry, with proper treatment, you can help your pet build immunity and live a long, happy life. If you want to know more about worms in dogs, like how to treat it, you’ve come to the right place. This detailed guideline will outline the most practical information for you. 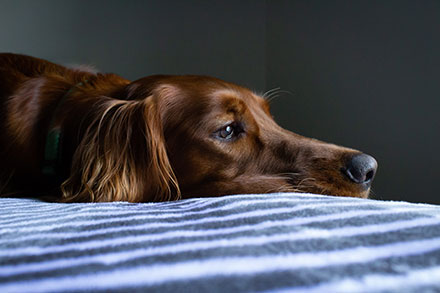 What are worms in dogs?

Most internal worms are parasites; they are single-celled organisms that pick a host, infect it, and reside inside their intestines. The most typical types of worms are:

For the parasite to live and thrive, it needs to feed off the dog’s food or blood.

The most widespread single-cell parasites are Cystoisospora (coccidia) and Giardia which live inside the intestinal lining.

Each type will affect the animal in a unique way. They also each have a different appearance, shape, and form.

Scientists at the National Library of Medicine decided to evaluate the prevalence of intestinal worms in dogs. They collected over 1 million samples to identify these infestations and, based on the reports, Cystoisospora had the highest prevalence of 4.4%, followed by Giardia (tapeworms) with 4%, hookworms with 2.5%, roundworms with 2.2%, and whipworms with 1.2%. 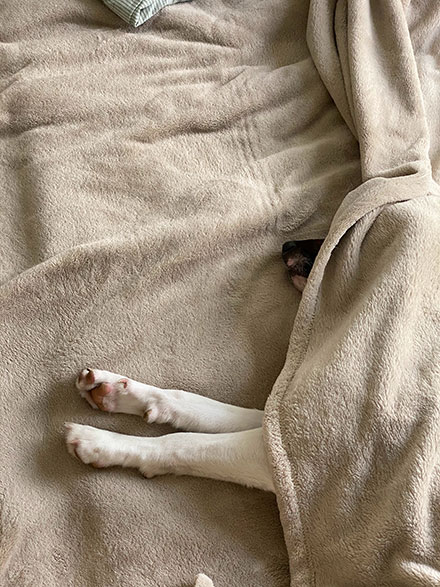 How does each type of worm affects the dog’s body?

Tapeworms take up residence in the small intestine. They stick to its wall and use their teeth to suck out all the nutrients in the body. These worms in dogs have a flat, but long surface. Tapeworms in faeces look quite similar to small grains of rice.

Unless the animal is very active, the parasite doesn’t pose a real danger as the dog won’t be burning that many nutrients and therefore will still function properly. But, when the dog loves to run, jump, and spend time outside, then its body can quickly get depleted of its sustenance. This is when a dog can become really unwell.

Whipworms invade the large intestine. They don’t extract nutrients, but when they burrow inside the intestinal tissue, they can cause a range of different problems like diarrhoea, bloody stools, colon irritation, and weight loss.

This type of worm is a long parasite with a thin tail.

Hookworms are short-toothed parasites that are relatively easy to recognise, thanks to their hook-like appearance. They are also much thicker than whipworms and tend to be shorter in size.

Many hookworm species exist. What they all have in common is that they constantly strip the body of nutrients and move around the system.

The longer they remain in the body, the bigger the risk of severe anaemia which could prove fatal for young puppies.

Roundworms are white and long parasites that are shaped much like spaghetti. Like the tapeworm and hookworm, they also absorb nutrients. They reside in the intestinal tract but could spread to nearby organs and tissues.

What most people don’t realize is that roundworms are predominantly present in puppies.

These parasites are immature worms which can migrate and form a cyst inside the tissue of their host. If a pregnant female dog gets infected and develops a cyst, the parasite will cross the placenta and affect the unborn puppy.

Puppies have an underdeveloped immune system, especially in the weeks immediately after they are born, which is why they’re particularly susceptible to these parasites. When a pup is born with a hereditary immunodeficiency, the odds of them contracting the infection could get even higher. 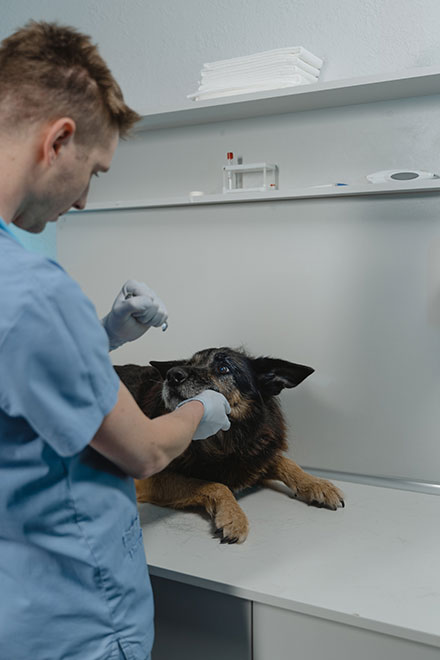 How does a dog get worms?

Parasites are hiding in plain sight which makes it incredibly easy for a dog to get infected without you even noticing it. That’s why it’s essential to know where these infestations thrive.

Firstly, pets can get infected after consuming contaminated faeces, soil, or rodents which contain worm eggs, exposing the body to the invading parasite. Infestations like these can also live in the soil and grass.

Eating contaminants is not the only form of exposure; dogs can also get infected just by sniffing in the wrong place. This is a typical problem for dogs who like to hunt. They could also get the parasite from a bird, sheep, or other animals that have worms. Basically, any type of scavenging predisposes them to a parasite.

It is not uncommon, however, for animals to contract a parasite through the skin, like is the case with hookworms. The microorganism can enter through the skin and take up residence inside the body.

Dogs can also contract worms while grooming. Take roundworm eggs, for example. They stick to the dog’s coat soo, when the dog grooms itself, it can ingest the eggs and cause the infestation to develop.

Swallowing fleas is another problem. According to experts, fleas can contain tapeworms and when the dog swallows it, the parasite may take up residence in its organs.

Then, you have mosquitoes. That's right; even mosquito bites could pass worms onto your dog. When a mosquito bites an infected animal, it could pass the parasite to a different host. Mosquito species capable of spreading the infection are Mansonia, Anopheles, and Aedes.

As previously mentioned, mother-to-pup transmission is also possible. If a pregnant dog ingests a parasite, the worm could get to the puppy either through the milk or inside the womb. This makes it essential for dog owners to learn how to prevent their dogs from contracting these parasites. 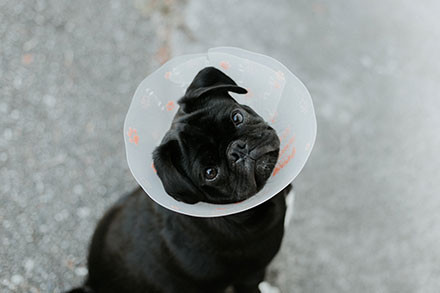 How can you prevent your dog getting worms?

There are a couple of preventive tactics you can try. Although they may not be 100% successful, it’s still important that you do everything you can to try and prevent your dog getting worms. Here are the most practical options: 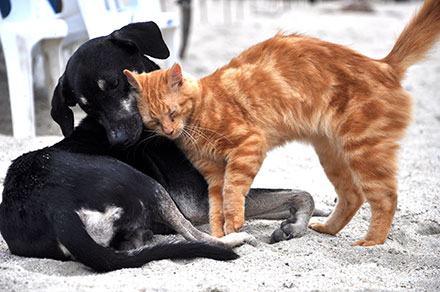 Can a dog with worms infect other pets in the household?

Any pet that comes in contact with the parasite can get infected. In other words, intestinal worms are contagious, but the way they affect other animals can be slightly different. Take cats, for example; tapeworms and roundworms are typical among cats.

Most cats won’t show any symptoms, however and, if they do, it will take a while before the cat develops them. In some cases, the worms could cause heavy burdens and irritate their anus. They may also vomit or experience weight loss. This is relatively rare.

If you are worried about your animals getting infected, talk to your veterinarian. With proper care and management, you can keep the parasite from spreading. 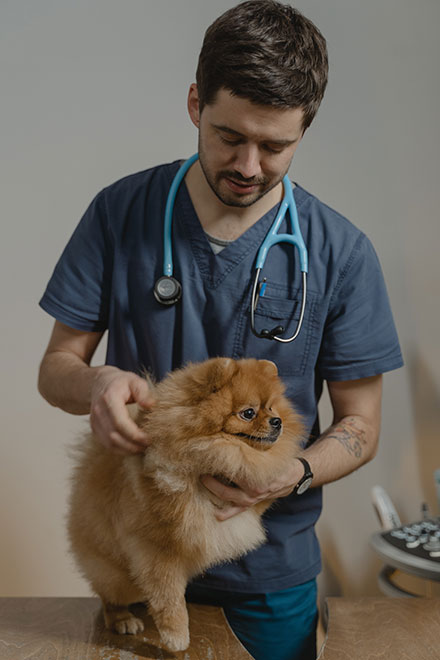 How do you treat worms?

De-worming treatment is the best choice. This is a versatile and practical option for dealing with the parasite. In fact, dewormers come in many forms, including a pill, a granule, chew tablets, and liquid suspensions.

It is crucial to know what type of worm your dog has before you can treat it. Here is what the available treatments look like:

Products such as these work in various ways. They usually produce quick results and don’t pose a serious health risk for your animal. Some paralyze the parasite, while others kill it. The effects of the product can be seen in the dog’s stool.

The way it works is relatively simple. A dewormer is meant to break up or kill the worms that are affecting the dog’s body  For bigger dogs, people tend to use a gel or a paste and apply it all over the animal’s back. While for younger puppies, the liquid suspension seems like the more practical alternative.

To figure out how to worm dogs, consult with a vet. They will help you pick the best product and determine the ideal option that will work for your animal. 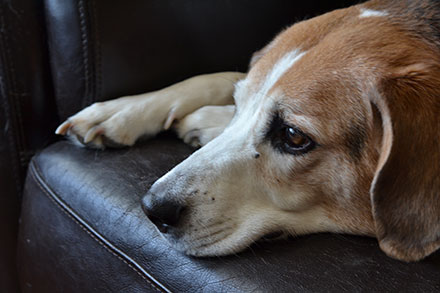 How often to worm dogs

For those who wonder how often they should treat their dogs for worms, it’s best to do it every three months. But, if your pet spends more time outside, then you may want to do it more often. Before you decide to take on regular deworming, discuss it with your vet. 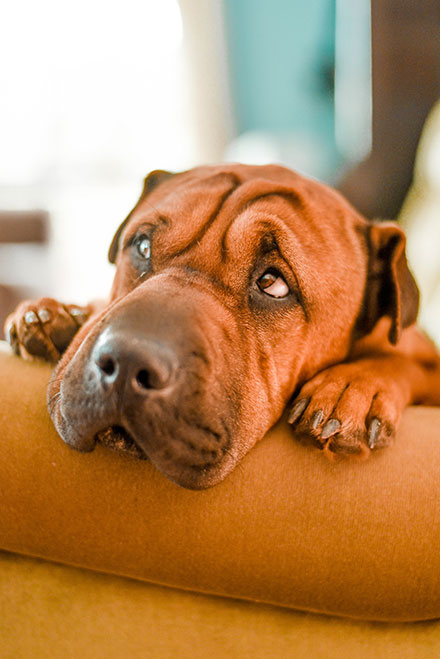 Worms in dogs are relatively easy to recognize. An infected dog may feel noticeably depressed or show some signs of weakness/illness. These signs include:

Regular vet visits will give you the chance to spot the parasite early and solve the issue. This is a critical approach if you don’t want the infestation to create more serious health complications. 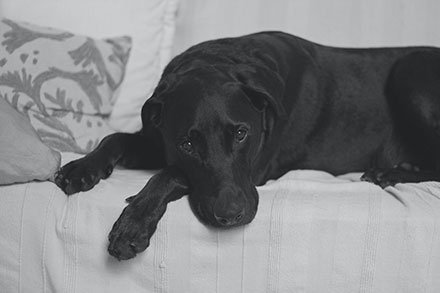 How do you know if your pet has worms?

Many animal parents are wondering “does my dog have worms”? If you don’t think you can recognize the symptoms of worms in dogs, then you will want to pay attention to their faeces. This is the easiest and most efficient way to spot a parasite.

Their stool will have visible eggs or worms. Sometimes the parasites can be easy to spot around the dog's fur or rear. Also, it is not uncommon for infected animals to vomit worms, particularly if they had the infestation for a long time.

Other than that, you can look out for bloating, drastic appetite changes, constant hunger, diarrhoea, and bloody stools. They are all clear indicators that your dog needs immediate treatment whether for worms or another unrelated issue. 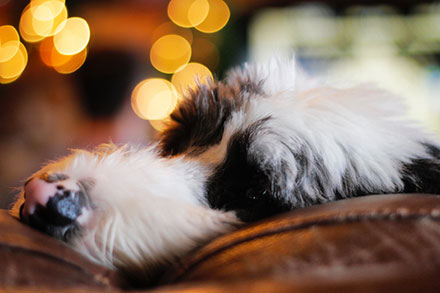 Intestinal worms in dogs can have many forms, but they all share one thing in common: the more you ignore the problem, the bigger the impact they are going to have on your dog’s health. Eventually, they can cause significant discomfort and grave health complications.

Now that you know exactly what these parasites are, how they spread, and how to treat them, you will have an easier time solving the problem. Remember, every dog can get infected at some point in its life. What matters is that you regularly pay attention to their health and provide them with the treatment they deserve. That way, you can reduce the risk of an infestation to a minimum and boost your pet’s quality of life.