With the typical "inverted S" line, the Whippet's curved arch is hard to miss. This powerful yet elegant dog breed used to be a hunter’s best friend. In the past, people kept the Whippet to help them search for rabbits and even win dog races. Now, this gorgeous dog makes for an affectionate and gentle part of your family.

Although it might look like a handful, a Whippet is, in fact, low maintenance. Its short coat makes it extremely easy to take care of and, with enough exercise, it can do well in cosy apartments. 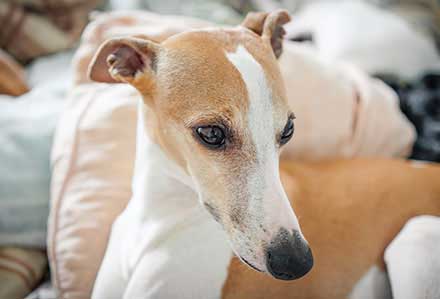 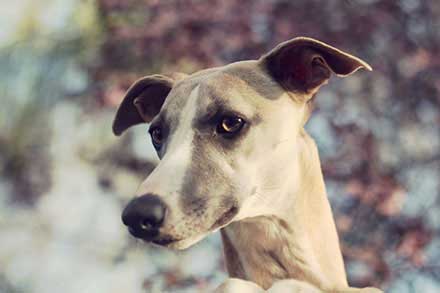 This dog breed has an independent temperament, which can make training quite tricky but, just because it can be difficult, it doesn’t mean you should give up on the first try. On the contrary, with enough experience and a little bit of effort, training can go a long way.

One of the great things about whippets is that they can get along with people and dogs, so long as they’re socialised early.

This dog can learn and become accustomed to different sounds, sights, and environments and quickly adapt to them but, to really manage their behaviour and reactions, it is crucial to keep the Whippet away from scary situations.

Another thing to consider is cats. Cats and Whippets may not be the best buddies. Although it can vary from a dog to a dog, in most situations, you shouldn’t leave a Whippet unsupervised with a cat nearby as their instincts will get the better of them and they will start chasing your feline friend almost instantly. This doesn’t just go for cats; if there is anything worth chasing, a well-trained Whippet can still be known to disregard commands and focus on catching their target.

Other than that, the Whippet is quite the charmer. It is an undemanding and gentle dog breed that you’ll grow to love. At times, they can be mischievous and childish and their affectionate nature and need for snuggles will quickly conquer your heart.

This dog breed can do well in apartments, especially if you walk them regularly and provide them with a safe but fenced area. However, if you don’t meet their daily exercise needs, some Whippets tend to get overactive and start damaging the property. That’s why the best living space is a comfortable home with access to the outdoors.

Since the Whippet doesn’t bark as much as other smaller dogs, they will make an excellent addition to your family. Just make sure to give them an enclosed living space to control their strong prey drive. 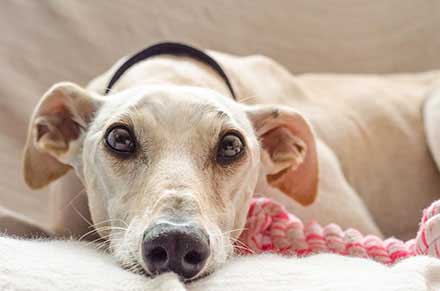 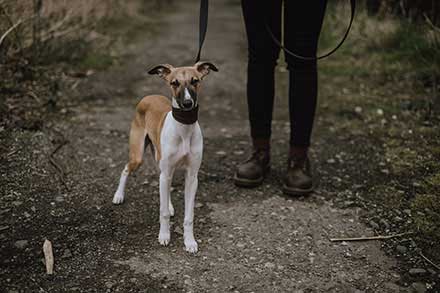 Beyond the regular tooth-brushing, trimming, and ear cleaning, a Whippet only needs little maintenance.

You can give them the occasional baths, and their coat will be good as new.

Due to the occasional shedding, you will have to vacuum the floors and sitting surfaces but, other than that, you won’t be spending much time grooming your canine friend. If you don’t trim the nails, for example, they will wear down naturally. However, leaving them to grow too much can lead to some discomfort. So, pay attention to your dog's needs and give them the care and affection they deserve.

Some people might call them the healthiest breeds of a purebred dog, and for a good reason. These dogs are often super healthy, with only a couple of ups and downs along the way. If your dog consumes adequate nutrition, exercises regularly, and goes to the vet to manage its health, this dog breed can live a very long life.

Some things that can cause a problem are ear infections, joint discomfort, skin allergies, and digestive problems. This is something that can happen to a major part of the Whippet population.

It is also possible for the dog to gradually lose sight as it gets older. 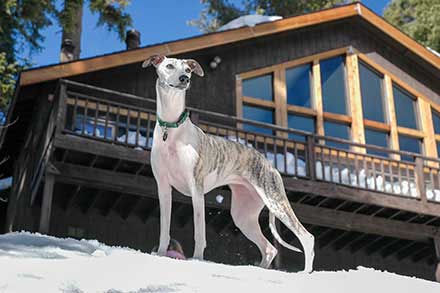 Von Willebrand’s Disease is an inherited blood disorder that hinders the blood's ability to clot.

The main symptom is excessive bleeding after an injury or surgery. You will find that a wound just simply won’t stop bleeding like it would on a normal dog or human.

Other less severe symptoms are bleeding gums, nose bleeds and bleeding in the stomach or intestines.

Sadly, there’s currently no cure and a blood transfusion from unaffected dogs is the only treatment.

Generally, a dog with this condition can live a normal life, but you will need to pay closer attention and take precautions to limit the likelihood of injury.

Insure your whippet today with lifetime cover from as little as £9.63 a month