Nebelung is a new cat breed that looks similar to the Russian Blue. This cat breed is recognizable by its thick, shimmering blue coat and adored for its affectionate, sweet personality. Their name in German means "creature of the mist" because its shimmering silvery-blue coat.

This cat breed is rare and is mainly only found in a few countries, including Russia, Canada, Poland, USA, Netherlands, and Germany.

In the early 1980s, a lady Cora Cobb gifted a black short-hair domestic cat to her son. When this cat was coupled with a Russian Blue male, it resulted in a kitten with long-blue hair. Cora kept him and named him Siegfried.

A female kitten named Brunhilde was a result of another litter. Cora started a breeding program with Brunhilde and Siegfried. and created the Nebelung breed. In 1987, the International Cat Association then gave Nebelung the status of an entirely new breed. In 1997, TICA accepted this cat breed for championship status.

The Nebelung cats are well-muscled and medium-sized. They have long, graceful necks with medium-sized ears and a modified wedge-shaped head. Their coat is medium-long and soft and the fur on their tails is longer than on their bodies. 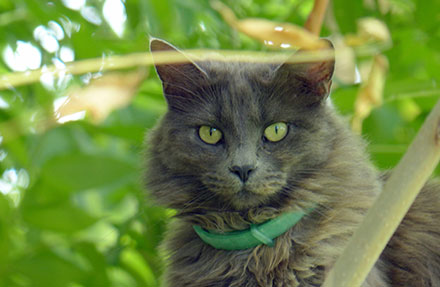 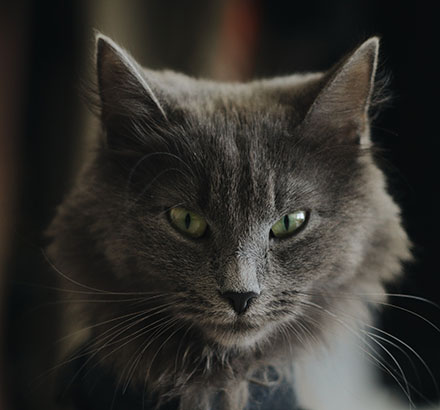 The Nebelung cat is intelligent, graceful, affectionate, and has wonderful traits. They have a reputation as gentle, quiet cats that can be shy with strangers but are very affectionate and loyal to their owners. This cat breed gets along with children but usually better with older ones. People often relate them to dogs because they follow their human companions around.

Nebelung cats are capable of entertaining themselves and can play throughout the day but they are also more than happy to sit quietly on their owners’ lap. They do not like to socialize with people, but they have a strong bond with their family.

You can combat their shy nature by making an extra effort to socialize them from an early age. Once they get comfortable with someone and get to know them a little better, they will make a strong bond with them.

They get along well with other cats, especially other reserved cat breeds. If living in a single pet household, Nebelung can do well on their own. Separation anxiety is not an issue for them, especially if they have their favourite toys.

These can be perfect pets for seniors because of their relatively subtle and easy-going personalities. Nebelung cats also do not require much attention and can be handled with a little care. If you are a person who has a busy and set routine, this cat breed will fit into your life.

Their shy nature and medium energy levels may not be suitable for families with young children. Nebelung cats like to be in quiet areas and do not want to go to active and overly loud places.

If you bring a Nebelung in a house with other pets, make sure they have a safe and quiet place. They seek a safe place when they take a break from playtime or if strangers visit the home. 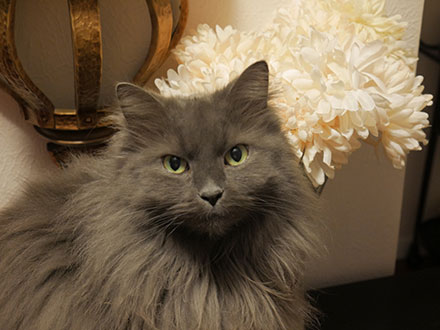 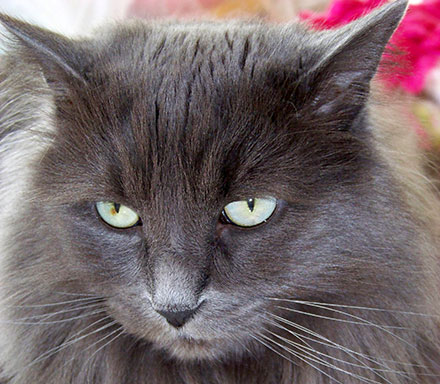 Introduce the bathing process in a cat's routine from an early age and repeat it every two to three weeks. Among other benefits, it will help to remove dead hair when they’re shedding.

Nebelungs shed moderately, so regular brushing is necessary. Do not brush too much because cats produce oil through the hair to cover the coat. Excessive brushing can stimulate the oil in excess, so brush them every two to three weeks to remove dead hair.

Nebelung's nails get sharper as they grow, so you should clip them every few months. Be careful because there’s a tiny vein that runs into each nail and it can be painful for your cat if you cut the nail too short.

As the Nebelung is a new and rare breed, there’s little information about breed-specific health concerns but they are considered to be healthy overall.

Obesity is a common problem among these cats. Keep track of their calorie intake and give them proper care and treatment. It’s necessary to ensure that you do not overfeed your cat because it can lead to several related health conditions.

If you want to do something proactive like investing in your pet insurance, make sure to look for your cat's needs. Nebelung pet insurance is cheap and allows you to provide medical and vet treatment to your cat at the lowest costs. 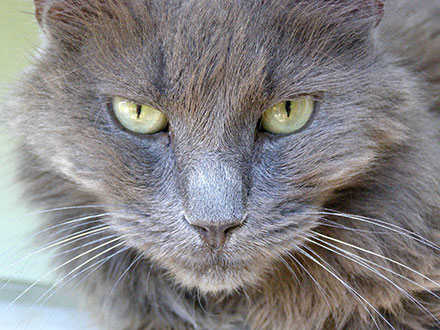 Insure your nebelung today with lifetime cover from as little as £5.67 a month